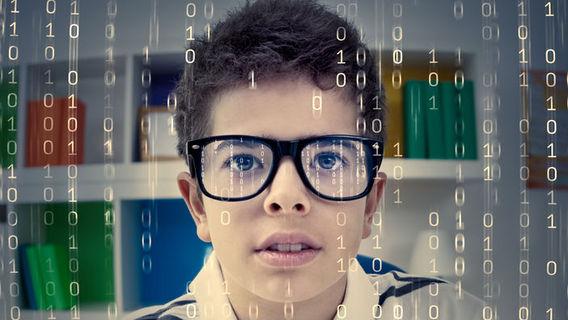 Do you think kids need to learn how to program? A lot of people have never considered this question. When most of us were growing up this subject wasn’t even considered. Earlier programming was reserved for the super-nerds working on computers the size of our kitchen. Well times have changed. In the past few years programming has become very popular - moving out from the narrow domain of the "geek" to the broader world, including the K-12 education space. Everyone wants to be over the top with technology.

So should kids be exposed to coding? I do have a rather strong opinion on this topic. I really believe in exposure in a good way. Just like some of us pursue a foreign language until we are fluent.

Programming hasn’t become this popular just because there is a growing realization that knowing how to program is essential, especially for the younger generation. Here are a few reasons why learning programming is important for kids:

1. Programming is a basic literacy

We live in a society where everyone uses a cell phone or a computer, with most using both. Today’s kids live in a very different world than their parents did as children. Today’s world is full of web services - Youtube, Netflix, and Facebook are all a key part of kids’ daily lives. Even the toys they play with are digital and many are programmable, such as Legos and the new-generation LeapFrogs, which have sensors.

It is one thing to know how to use these programs. It’s another, however, to understand how the logic behind them works. This is a challenge today’s kids will love as it deals with the digital world they inhabit. Knowing how to program helps kids understand and tinker with the world that they are living in.

In the future, the amount of technology and our reliance on it will only increase. The students of today need to be able to not only consume this technology, but to understand and control it.

2. It’s a way to create change

The younger generation is a population of change-makers. However, in order to bring innovation and change about they need to learn how to code.

Let’s take, for example, the Arab Spring. An effective writer could have incited anger by exposing the events taking place in the region. But what people really needed was a way to organize and protest. An essay, no matter how well-written, wouldn’t have been able to do this. A simple Facebook page could (and did).

The point is, we want our kids to be able to make and change things, and to make things happen. They should be active participants in the global economy, not passive consumers.

3. "You have an idea for then next big tech innovation? Great. Can you bring it to life?"

Everyone has ideas. Unfortunately, only a select few can make them happen. Without proper execution, an idea will never live up to its potential. What separates those who simply have an idea and those who make their ideas a reality is simple: the ability to code.

Let’s say a high-schooler comes up with his killer business plan for a summer job. But he really needs a little web presence to get the ball rolling. Don’t you want him to feel comfortable jumping on and setting up a web page? Of course! This is why it is best to start when they are younger.

Do you want your child to be a thinker and innovator who can turn his or her ideas into reality? If so, encourage them to learn how to program.

4. Programming isn’t that hard to learn

In fact, it can be a straightforward process. You receive immediate feedback. For example, if a child programs text to become a specific color and then immediately sees the results she wanted, then the changes she made to her code must’ve worked. Good job! In our culture of "I want it, and I want it now," instant gratification is valued immensely.

Learning how to program is like learning any other language. The difference, of course, is that programming can be much more powerful. With just a computer, kids can use the skills they learn to build something that might change the world.

5. They’ll enjoy it and even you’ll be proud!

Yes, programming is a fun thing! Kids will definitely enjoy doing it. Also, you can proudly say - My kid can code!

In today’s culture, to know how to program is to understand, to build, and to change. All major thought leaders - from President Obama to Bill Gates to Elon Musk to Mark Zuckerberg - agree. For the leaders of tomorrow, there is perhaps no skill as important as learning to program. So if your kids aren’t learning how to program, now’s the time to start.

Alright, off my soapbox now. You probably have heard of people using MOOCs (Massive Open Online Courses) like Coursera, eDX, Udacity etc. to pick up new skills and then leveraging the knowledge that they’ve gained to find jobs and/or internships.

But what if a ten-year old kid expresses an interest in becoming a computer programmer?

These MOOC sites aren’t exactly kid-friendly, and most of the courses that are hosted there require at least high school-level knowledge to fully comprehend (plus kids might not be so keen on participating in online class discussions if their classmates are scary grownups). Thankfully, there are a few child-friendly options that kids (and kids-at-heart!) can play and program with. 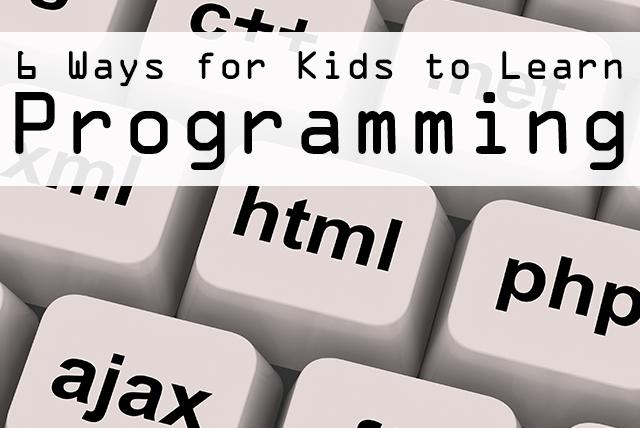 *Here’s a secret. These sites aren’t just for kids. You can learn from them too!

I love Tynker because it allows kids to create games. It also takes kids through a general process in which they continue to build on their coding skills from 1st grade to 12th. They use drag and drop blocks to develop the steps needed to make certain events occur. Those events string together create a movie or game.Is it a game or is it a programming course? It’s actually both! This game takes them through the steps of cause and effect. In Lightbot, your kid takes control of a robot (the eponymous "Lightbot") and guides the little guy by issuing commands that order Lightbot to walk, turn around, switch on a light, and so on. These commands are entered by clicking on icons that are displayed on the screen. Lightbot is one of the simplest games out there, but its simplicity hides the fact that it teaches some complex programming principles like loops, procedures, if-then statements, and more in a very fun and cute manner.Scratch is pretty similar to Code.org’s in-browser programming language, with its drag-and-drop functionality and simple syntax. Yet it is more powerful by leaps and bounds. Built in 2003 by the MIT Media Labs in cooperation with the Intel Foundation, Lego Foundation, Google, Dell, and Microsoft, Scratch can be used as a "gateway" for kids to dabble into more serious programming languages such as C, C++, Python, and others. While the interface looks simple and cutesy (a cat sprite greets users when opening a new file), Scratch is powerful enough to create complicated games such as Mario-like platformers, simple RPGs (role playing games), and Dance Dance Revolution clones. While Scratch is primarily targeted at kids, older students can also benefit a lot from it too. It is to be noted that Harvard’s famous CS50 (Introduction to Computer Science) course uses Scratch in its first week as a teaching tool.Robozzle doesn’t actually teach you a programming language, but it does teach you how to think like a programmer. The premise here is simple: help the spaceship/pointer-like thing collect all the stars in each level. You must use a variety of commands to make the pointer do what you want it to do. The great thing about Robozzle is that it can be fun for people of all ages (and not just for kids). The beginning levels are easy enough, while there are harder levels that even seasoned programmers might have a hard time to finish.Hour of Code is a global educational initiative endorsed by no less than the president of the United States himself. It seeks to have children from all over the world become proficient in computer programming with just an hour of code work everyday. The modules for the program, which are spread out across a number of affiliated websites, can be accessed at Code.org’s main website. While most of the items that are featured on this list are also part of the Hour of Code, we’ll take a special focus on the website’s own Write Your First Computer Program lesson. This module is notable for featuring luminaries such as Facebook’s Mark Zuckerberg and Microsoft’s Bill Gates. Through the use of videos, these celebrities will directly teach students some of the basic concepts involved in computer programming like conditionals, algorithms, and loops. What’s even better is that there is a drag and drop (pseudo) programming language (featuring the birds and the pigs from Angry Birds and the zombies from Plants Versus Zombies!) built directly into the module so that kids can instantly put into practice what they’ve learned.If your kid is ready to take on a "real" programming language, then go on codecademy.com and have him or her try out the lessons there. Code Academy really is like an online school. You go step by step through the course according to language. You can focus on HTML/CSS, Javascript, Ruby, PHP, or Python. I love the clean layout of this site. It makes it so simple to see where are you and what you need to cover next.

If your child shows interest in programming these are great tools to send them in the right direction. Who knows, maybe they’ll even build the next Facebook or Google when they grow up!

Double click on any word on the page or type a word: